Five thousand years ago this planet was an uninhabitable rock. Our ancestors placed giant Monoliths all around the planet in an attempt to terraform it. It worked. It worked too well.

Jungle Terra and its settlers have since been forgotten but the Monoliths keep on working. The planet is now entirely covered in an unfathomably vast jungle. The animals had evolved at an unprecedented rate into deadly Beasts and Monsters that haunt the jungle. The swamps are full of tentacled Creatures, lurking beneath the surface.

The first settlers of the planet no longer remember where they came from. It’s a constant fight for survival. The people of Jungle Terra have spread throughout the jungle and have built their own Villages and Cities.

You have taken it upon yourself to finally destroy the Monoliths and bring peace to the people of Jungle Terra once and for all.

Jungle Terra is a single-player hex-crawler, where you explore an uncharted jungle, fight monsters, visit villages and cities, and cross unholy swamps, all in an attempt to destroy 10 Monoliths across 5 Levels.

The map is where the game action takes place. It is a sheet of hexes and looks like this:

Jungle Terra comes with 5 Levels, each one is a different Map with a few Locations already added to the Map. As you play, you will fill the Map with symbols that represent the Locations you Travel to.

In the example above, a 3 has been rolled so a Light Woods (1), Heavy Woods (2), and Dark Woods (3), have been drawn into the hexes. The Heavy Woods are adjacent to the Starting Space 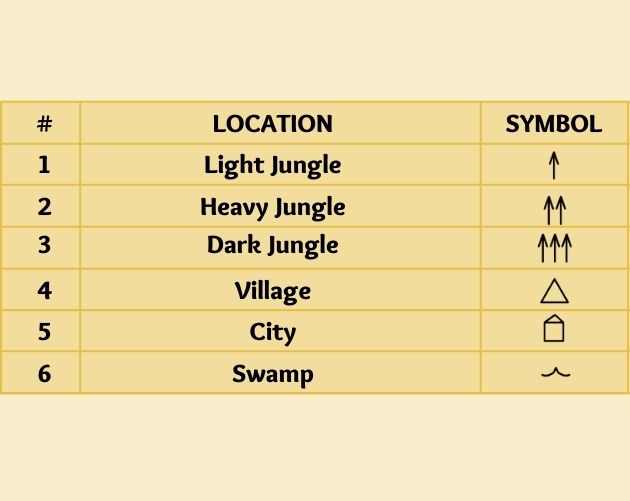 HERE’S HOW A GAME IN PROGRESS LOOKS: 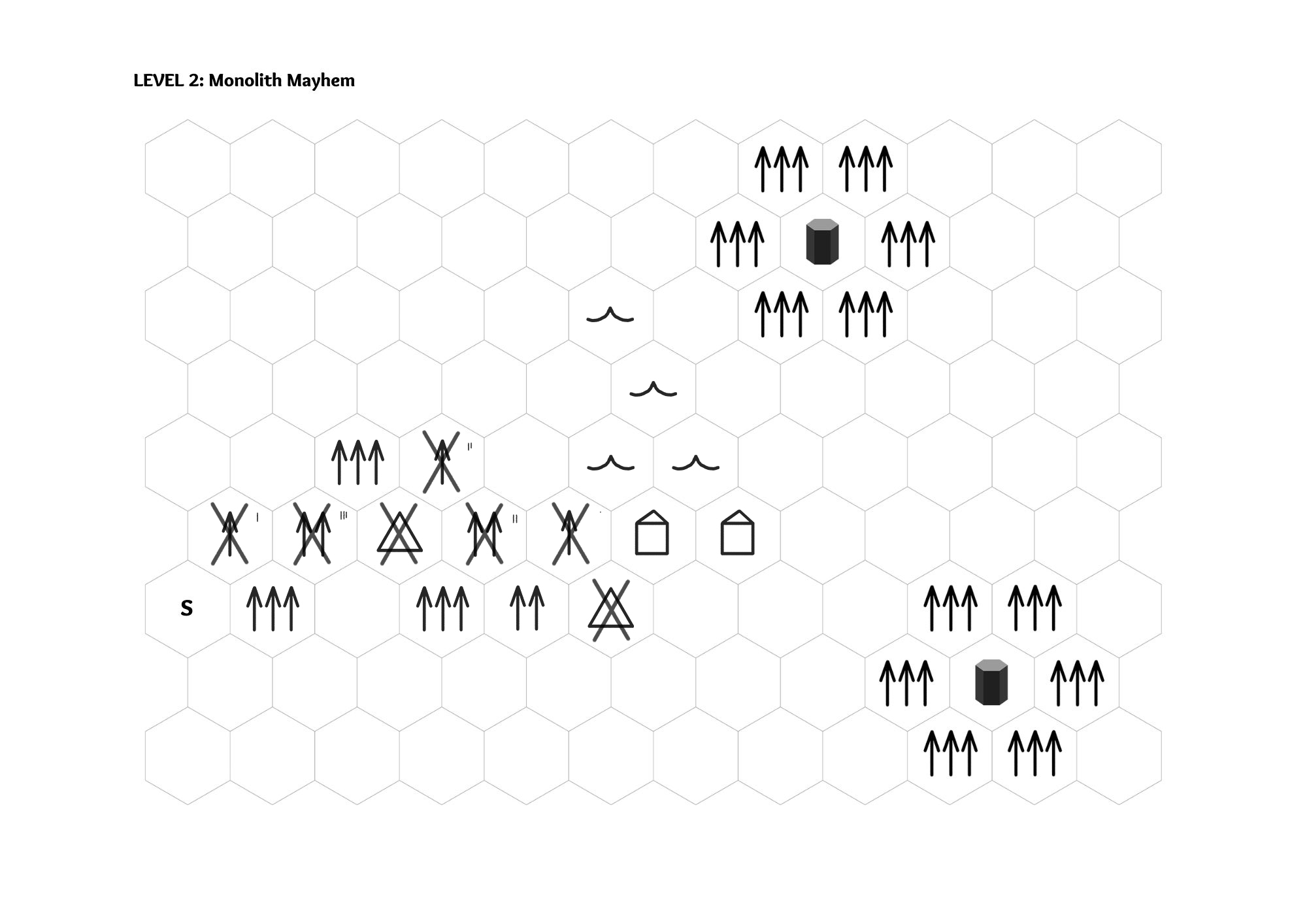 If you want to explore more of Jungle Terra then you can add the expansion to your order. Jungle Terra: Undergrowth, brings another 5 Levels to the table. You can play it as a stand-alone game, or you can combine the two games for an epic 10-Level adventure!

To make your gameplay more immersive you can also add to your order an hour-long ambient soundscape to listen to whilst playing. The soundscape places you deep in the heart of Jungle Terra.

Alternatively, you could play the game in a real jungle (if you do, send up pictures!).

Additional Materials: You will need a pencil and an eraser and 10 six-sided dice (or a dice app).